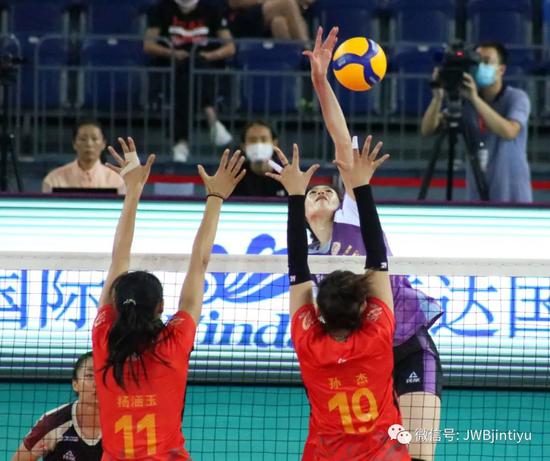 Due to the absence of captain Yao Di, Li Yingying assumed the role of captain of the Tianjin team in this year's National Women's Volleyball Championship. This not only required her to overcome obstacles on the offensive end, but also required her to fully drive the performance of her teammates on the court. The change of identity also promoted Li Yingying's improvement in all aspects of technology, psychology, awareness and responsibility.

In this championship, it can be seen that Li Yingying is still the scoring pioneer of the Tianjin team, but she is also more busy on the court, shouting when scoring and taking the initiative when losing points. Before the start of each round, Li Yingying always reminded her teammates, whether it was the Tianjin team serving or the opponent's serving, or technical essentials, or comfort and encouragement. She also said: "The identity of the match is different. I have an obligation to remind everyone, including encouraging everyone when teammates have problems, and driving the whole team to play from both emotional and technical and tactical aspects."

Each opponent will also focus on defending Li Yingying when facing the Tianjin team. The national player’s main attack will also face the situation of blocked offense in the game. “In fact, I have been thinking of ways to enrich the offensive methods, and I will do enough before every game. Prepare, and then make some strains on the spot. I still hope to make my offense more stable, and the fluctuations on the court are smaller, in order to drive teammates on the court."

Li Yingying, Wang Yuanyuan and other national players returned to the local team to participate in the National Championship this time. On the one hand, they passed the actual test of the seven months of training in the national team before the actual test. At the same time, the Chinese women's volleyball team is training for the Tokyo Olympics next year. Li Yingying also said: "This game can be regarded as showing the results of my previous training, mainly in terms of will and quality, and the adjustment of the game mentality has also matured. Next, I still cannot relax the requirements. After passing the Super League, I will continue to hone myself. ."