On the afternoon of September 26, Beijing time, the pre-match press conference of Shanghai Greenland Shenhua vs. Henan Jianye in the 14th round of the first stage of the Chinese Super League was held in the Dalian Division. Henan Jianye coaching team leader Yang Ji attended and he introduced the team’s Preparations and injuries, talked about the use of young players, and said that at present, it is necessary to ensure that the team is well-organized in the second stage and work hard to complete the goal of relegation. 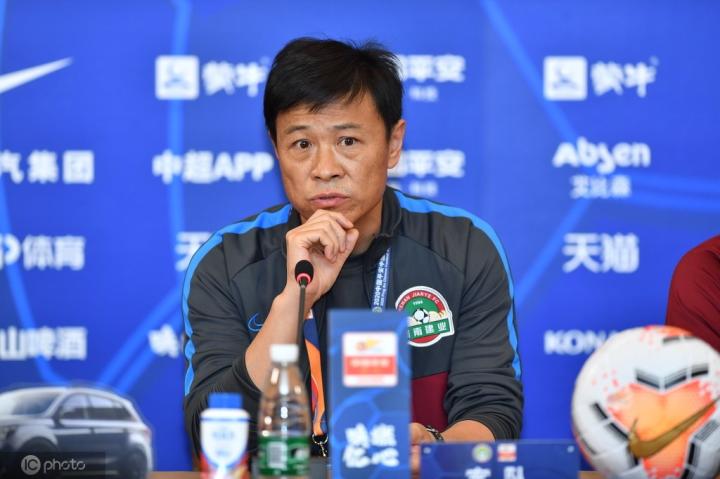 The league has reached the final round, starting from the first two games,

There are not many players we can actually choose in this game, and we will definitely send some young players to play. Zhou Dingyang also went to the hospital for a check-up this morning, and we will communicate with the only two foreign aids left, will also look at the situation of Wang Shangyuan, and then consider their playing time. For young players, I still hope that they can be confident, dare to fight hard on the court, to give full play to their abilities.

There are not too many clear requirements. The most important thing for young players is to be confident and dare to play. Only our coach can give them better guidance.

For example, Niu Ziyi, when facing Evergrande, I gave him guidance during the intermission, saying that Evergrande’s defensive frontcourt pressure is very good, maybe your observation point did not notice the far point, you can look farther, and I found him in the second half. Some changes can be made immediately; against Luneng, I asked him to better handle the ball, and he can make adjustments at any time.

Regarding the psychological aspect, I believe the players can adjust themselves well. Now everyone can notice a statistic. We and Shenhua are the team with the lowest foreign aid usage rate in the 14 rounds. So I have always emphasized that we need to ensure that the second stage is well organized. Our Jianye team can only be well organized. Complete tasks better. We have paid a lot at this stage. What I fear most every day is the list of injuries given to me by the team doctor at the meeting, as well as hearing who can’t play before the game. The first stage is about to pass. I don't want this to happen to the team in the second stage.

At the same time, I think our fans are also very concerned about the team. I also hope that they can give the team more patience, because the second stage of the game is about to begin. Give the team more support. I also believe that our team is in the first place. The second stage can accomplish the tasks and goals given by the club this year.

What I just said has actually involved many issues. First of all, starting from the first round, our coaching staff will arrange the lineup according to the existing personnel, go all out for each game, and will stick to the final round. In the past few rounds, our players have also delivered this message,